Females carry more risk of being injured in an auto accident 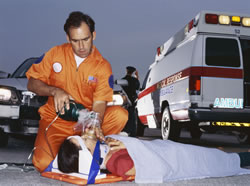 Research has shown that females are at greater risk of being injured in an automobile accident.  One hypothesis is the size of neck musculature is greater in men than women for about the same sized head.  Another hypothesis is that women tend to sit with their heads further away from the seat than men do…even though us men are also quite guilty of this no-no as well.  This extra distance allows the head to travel farther to the rear in a crash before reaching the head restraint. (1-2)

1.    Krafft, M. 1998. A comparison of short-and long-term consequences of AIS 1 neck injuries, in rear impacts. Proceedings of the International Conference on the Biomechanics of Impact, 235-248. Goteberg, Sweeden, IRCOBI.